Mercy Aigbe is currently mourning the sudden death of her younger sister Elizabeth Orobosa Ajayi, describing the day she died as the hardest day of her life.

Toughest Day of my life………?

I thought I could withstand whatever life throws at me but nothing prepared me for this sudden, horrible separation … This past one week has been the darkest of my life!!!! I thot I was having a bad dream! I kept thinking someone will wake me up! From the hospital begging the doctors to try all they can, to the morgue hoping you will move your limbs, I prayed! I prayed fervently !!!Hoping and desperate for a miracle! .,,, Till this morn I was hoping they will call from the morgue to say you had sneezed, opened your eyes, moved your limbs ?? I prayed! …… but God knows best …,,,… To everyone who called, sent DM, texted, to those who came to see me despite the lock down, for all your prayers , I say a very big thank you, May we not mourn over our loved ones in Jesus Name !

To my darling sister Mrs Elizabeth Orobosa Ajayi, I will miss you?…. but it is well . 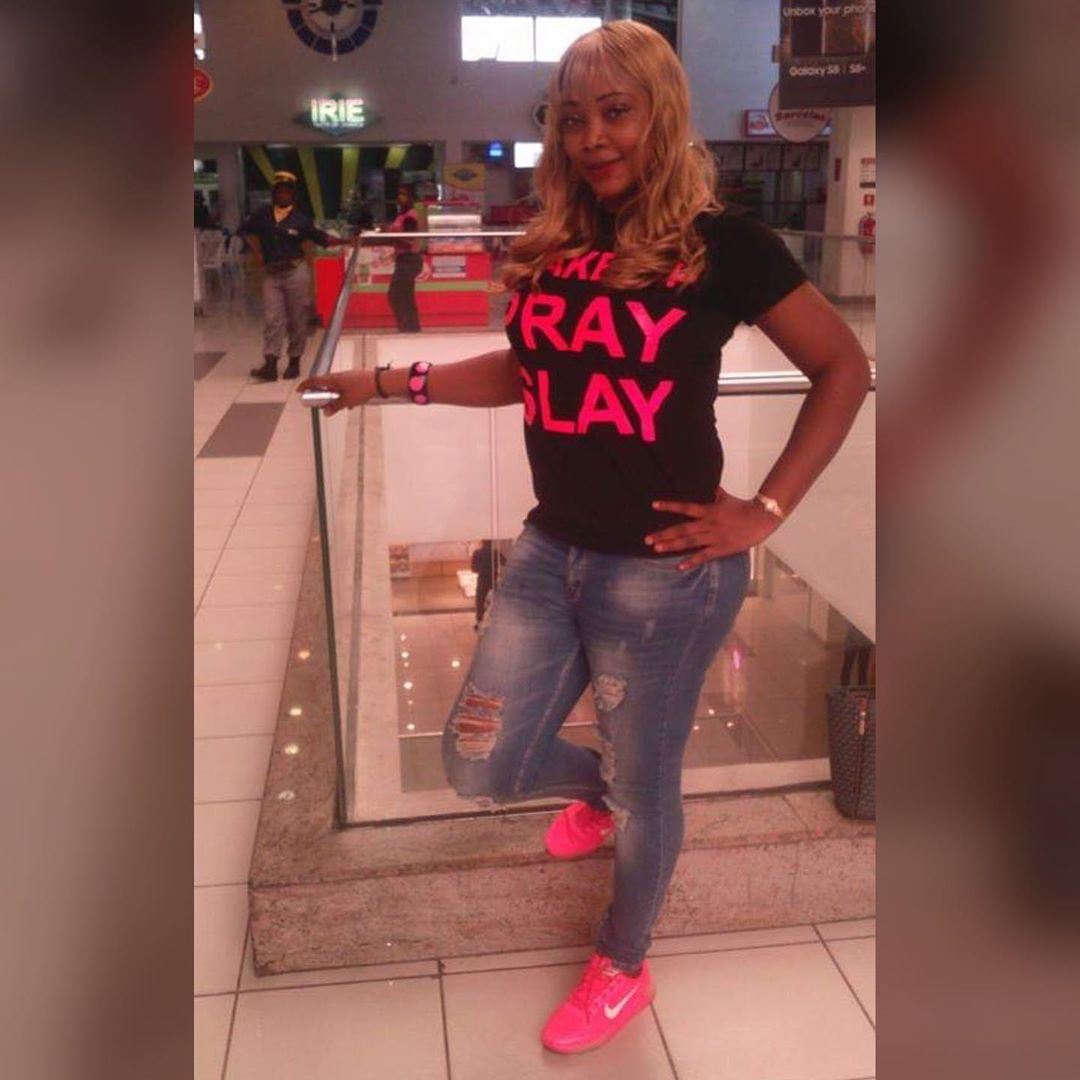 The Northern States Governors’ Forum on Monday met to discuss the impact of coronavirus in the region.

TOP THINGS TO KNOW ABOUT MODE 9

Babatunde Olusegun Adewale is a popular Nigerian rapper and lyricist who goes by the stage name, Mode 9. The rapper has been in the industry for a very long time and is one of the leading rappers in Nigerian music history. He has recorded several albums and also had mixtapes released to his name. He is also a multi-award winning rapper, having a record of most wins at the Headies Awards. He owned the “Lyricist of the Year” award category for a long time and no one has been able to dominate as much as he did in recent times. Join me as I take you through his early life and childhood, music career, personal life and some of his songs.

The rapper was born on the 14th of June 1975 in London, United Kingdom to Nigerian parents who hailed from Osun State. He is the third children of his parents. His secondary school education was at Agboju Seconday School and then he proceeded to Federal Polytechnic, Bida in Niger State where he bagged a degree in Building Technology. His music influences were Grandmaster Flash and The Furious Five.

Mode 9 started music as far back as the early 2000s. He released his debut project in 2004 for “Malcolm IX”. The album enjoyed a fair amount of success and it helped gained the rapper popularity in the industry. He was known for his incredible rap style and fast became one of the lead rappers in the industry. He released another album two years later in 2006 for “Pentium IX”. At the time, he was already recognised as a good lyricist and rapper and he was already bagging awards for it.

Mode 9 didn’t stop at that, he released several other albums. He has recorded eight studio albums and five mixtapes to his name. He has also released five featured albums with the most recent recorded with Black Intelligence for “Hence4th” in 2018. His most recent album was in 2019 for “Monument”. The rapper, at a time, stopped releasing his albums in Nigeria because he felt Nigerians gave up on him.

His awards list is quite the collection. He has won 9 Headies Awards to his name and bagged the Lyricist Award of the Year seven times in a row, which still stands as a Headies record. He also has won a number of Channel O Awards for music videos.

Some of his songs include;

Modupe Oreoluwa Oyeyemi Ola is a Nigerian singer, rapper and songwriter who goes by the stage name “Mo Cheddah”. She always loved music as a child and even started singing from a young age. Her big break came with the release of her song titled “The Finest” featuring Sauce Kid and Tito. Following the release of the track, Mo Cheddah went on to drop even more songs and then her debut album. “Komaroll”, “If You want me” and “Destinambari” featuring Phyno are three of her other big songs in her career. Join me as I take you through her early life and childhood, music career, personal life and some of her songs.

The talented singer was born on the 26th of October 1990 in Lagos though she hails from Osun State, Nigeria. She was the fourth of five children. She had her early education in Lagos with her primary school education at University of Lagos Staff school and her secondary school education at Our Lady of Apostles school in Yaba, Lagos. After that, she proceeded to the University of Lagos to pursue a degree in Creative Arts.

Mo Cheddah’s music career started from when she was 12. She got signed to a record label named Knighthouse Entertainment when she was 13. At the time she was still in school and she expected to be a child star. She used to spend time in studios during her holidays. She released her first song when she was 17 and from there she became popular. The first single was titled “Las Birdie”. She went on to record the song with Sauce Kid and Tito titled “The Finest”. The song was a hit upon release and helped her gain even more popularity. The song ultimately launched her music career.

Following up the previous successes of her singles, she dropped another hit titled “If You Want Me”. The song also enjoyed a period of success and got her the award for Best New Artist at the MTV Africa Music Awards (MAMA) in 2010. The video for the song also got Best Female Video at the Channel O Music Video Awards. Her debut album dropped in 2010 for “Franchise Celebrity”. She left her record label, Knighthouse Entertainment, after a while and went on to start her own which she called it “Cheddah Music”.

Mo Cheddah took a break from music when she was 21 because she wanted to enjoy a normal life. She came back after a couple of years.

She is married to longtime boyfriend,  Bukunyi Olateru Olagbeji. Asides music, she is a fashion designer. She also runs a blog.

Some of her songs include;

Prince Nico Mbraga might not be very popular but his hit single titled “Sweet Mother” is one of the greatest African songs to be released till date. The song sold over 13 million copies, even more than any of the Beetles classic songs. Together with his band for a couple of years, Rocafil Jazz, he recorded several  other songs though none of them was able to match the success and greatness of “Sweet Mother”. His style of music is known as Highlife. Unfortunately, the singer died in 1997. Join me as I take you through his early life, music career, personal life and some of his songs.

The “Sweet Mother” crooner was born on the 1st of January in 1950 to a Nigerian mother and a Cameroonian father. He was born in Abakaliki part of eastern Nigeria though he hails from Obubra in Cross River State. His father was a music lover and he worked to get salary from sawing timber. When he was still young, his father bought a Phillips radio and from there he listened and grew interest in music. He listened to songs like Bobby Benson’s Taxi Driver and Rex Lawson’s Yellow Sisi. He spent a couple of years in Cameroon growing up in the late 60s during the Nigerian Civil War. While in school, he learnt how to play several instruments such as conga, xylophone, drums and the electric guitar.

His music style was influenced by his time in Cameroon. In 1970, he started music professionally as a member of a hotel band named “Melody Orchestra”.  He later returned to Nigeria in 1972 and formed his own band, Rocafil Jazz. Their debut single wasn’t successful as they expected but they moved on to release a second for “I No Go Marry Your Papa”. The song enjoyed success locally in his part of the country.

Eventually the hit came with “Sweet Mother”. It came at a time when their recording contract had just been dropped by EMI. They got signed with an Onitsha based label named “Rogers All Stars”. He dropped the hit single with the band and then went as popular as going outside the country and then the continent. The huge success gained by the singer helped him go on tours in different countries including England. He performed with the likes of London based band, Ivory Coasters.

“Sweet Mother” appeared to be the only hit song the band would record and Prince Nico Mbraga quit music after a time when his band split and then he formed a new one. His hit song has been tagged as the best selling song in history by an African singer and was once voted as Africa’s favourite song by BBC. The song was also called “Africa’s Anthem”.

After he quit music, he focused on managing his hotel in Ikom, Cross River State. He named the hotel Sweet Mother Hotel. Prince Nico Mbraga died in a motorcycle accident on 23rd June 1997.